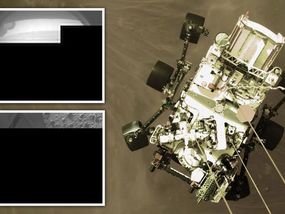 NASA and the Mars rover Perseverance have come under attack by popular UFO hunter and conspiracy theorist Scott Waring. The self-appointed UFO expert has accused NASA of doctoring its first photos from the surface of Mars in a bid to shield the world from the truth about aliens.

Nostradamus 2021: Three predictions that came true – is coronavirus the fourth?

Bible prophecies about the end of world: What scripture says will happen in the End Days

BIBLE prophecies about the end of the world state signs will appear in the heavens ...
By
June 22, 2021

End of the world: What the Bible said must happen before the Second Coming of Jesus Christ

Nostradamus 2021: Three predictions that came true – is coronavirus the fourth?

Nostradamus predictions for 2021: What came true so far and what could happen this year